A mentor, by definition, is a wise and trusted counselor or teacher. It’s often the main person you rely on to learn a skill or get business help.

My first musical mentor was my Dad. He taught me, and thousands (yes, 1000s) of others how to read music. As a band director, he was respected and admired by students and fellow teachers for his ability to mentor aspiring musicians.

Dad’s dream wasn’t to be a band director, but rather a concert pianist. He was achieving that goal and by 18 years old had made several records with smaller orchestras.

Unfortunately, World War II put him aboard a Navy ship. When the war ended, he felt too much time had been lost, so he became a band director.

Since he had already practiced for years, performed and recorded as a professional pianist – his perspective as a mentor was unique. This affected everything about his…

He didn’t just teach how to read music – but to hear it, understand it, analyze it and speak it. His classes were known for their “real world” knowledge, and his students went on to become the best in their fields.

He brought something extra to every rehearsal, and everybody felt it.

My world has demanded versatility, and my personality thrives there. I’ve worn many hats as a musician, from worship leader, band member and jingle writer to college faculty member where I taught jazz ensemble and percussion studies.

For or over 25 years I’ve made my living as a percussionist, vibraphonist, drummer, keyboardist and composer. It would never have happened without the foundational lessons my father gave me – even when I wasn’t aware of it.

That was one of the secrets of his teaching… You didn’t know you were being taught.

He grabbed every opportunity to help us see, hear and understand music. A master teacher helps you experience the music language. They coach you from their own wisdom and experience.

That’s what I’ve tried to bring to this course, stacking the experience with visual, aural and conceptual learning experiences.

This course uses the same tools and methods my Dad taught me. The difference is, you have a band to play along with 24/7.

It’s not as good as Ray Babelay being there with you, or me. But it’s pretty powerful stuff if you’ll apply it.

Trust the process. Let the 40+years of my Dad’s methods and my 25+ help you learn to read music. We can’t be there in person to mentor, but it’s still pretty darn good.

It worked for them. It works for me. It will work for you. 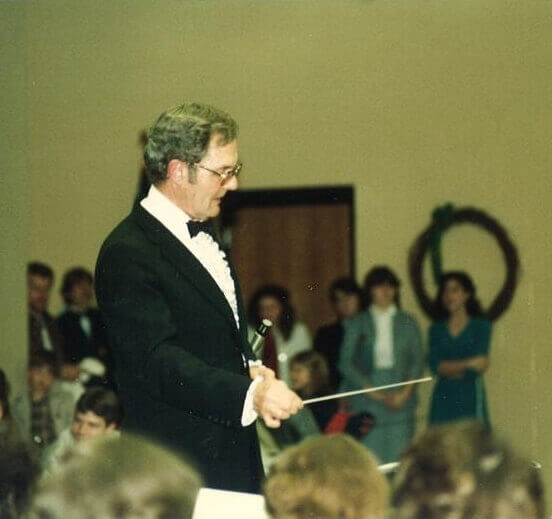